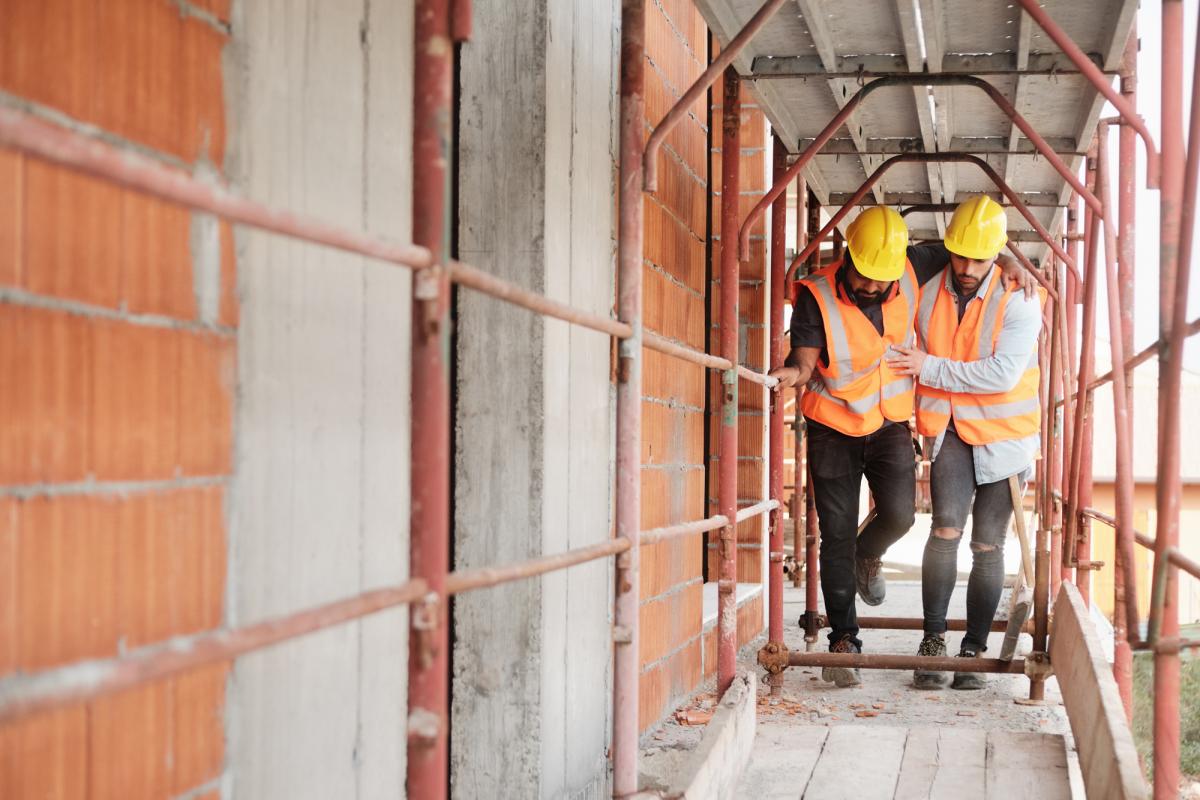 On April 5, 2019, the First District Court of Appeal issued its en banc opinion in Sedgwick CMS and The Hartford/Sedgwick CMS v. Tammitha Valcourt-Williams.[1] This case is contradictory to years of established doctrine within the Florida Workers’ Compensation law.

The essential facts of the case are that an adjuster was working from home, permitted by her employer, and reached to get a coffee cup but tripped over her dog.  She sustained injuries to her knee, hip, and shoulder.  She then filed a workers’ compensation claim.  The trial court, Judge of Compensation Claims, found the injury to be work related and compensable.  The decision was appealed, and the resulting opinion reversed the lower Court’s decision.[2]

The First DCA focused on “whether the employment⁠—wherever it is⁠—‘necessarily exposes a claimant to conditions which substantially contribute to the risk of injury’” citing Sentry Ins. Co. v. Hamlin.[3]  They claimed the “arising out of” language in the Florida statutes prevents this accident from being a compensable work injury.

Typically, this injury would be considered compensable under the “Premises Rule”.  This doctrine sets forth that if an injury took place on the employer’s premises, during work hours, at the proper location, the injury was work related.[4]  There are cases within the “Premises Rule” that fall on both sides of compensability.  However, generally, if the accident took place at a work location, it was considered compensable.  This is based upon a basic question of: would the injury have occurred, if the individual were not at work?

The Courts have even gone further to offer protections to employees who seek “personal comforts” such as getting good or taking a break from work just off site of the employer’s property. Traveling employees have to deal with an additional set of hazards.  A requirement of their employment could be to stay overnight at a hotel. Is the employee allowed to go to a restaurant, or exercise, or enjoy themselves in any way without knowing whether they will be personally responsible for any injury that occurs?  Even though they would not be in that location had it not been for their employment.

The dissent by Justice Bilbrey in this decision is notable.  My first caveat is that he warns of an increased level of tort liability for employers from this decision.  The “Grand Bargain” of workers’ compensation law is that in exchange for a no-fault system of injury coverage for employees, the employers can then not be sued for negligence as a tort matter.  It is a significant exchange of rights that cannot be fully discussed here.  What the Justice proposes is: the more injuries that are not determined to be compensable work place injuries can, theoretically, increase the number of injuries that will allow an employee to sue their employer in circuit court for damages.  However, this particular case does not outline that scenario and I’m not sure the concept of this case allows it at all.

To have tort liability in a scenario where the employer and carrier has denied compensability of a work place accident, a claimant must prove negligence on the part of their employer.  In this particular scenario, the claimant was getting coffee and tripped over her own dog.  It is very difficult to see how a negligence claim could be brought against her employer.  The “Grand Bargain” exchange of rights includes most significantly a loss of pain and suffering, and enjoyment of life damages for the employee, but in exchange, all injuries are covered, regardless of fault.  The only way this Claimant would have any recovery in any court would be through the “no-fault” workers’ compensation system.

Let us also look at how other cases might be different.  At its core, this decision states the employer must “expose the claimant to conditions which substantially contribute to the risk of injury”.[5]  To prevail in a negligence case, the plaintiff must establish: duty, breach, causation, and damages.  For the employer to expose themselves to a negligence claim, the plaintiff must establish the employer had a duty and breached that duty, which then caused an injury.  There is no conceivable way an employer could do all those things and somehow also not be “exposing the claimant to conditions which substantially contribute to the risk of injury”.  Any case qualifying to be in a negligence action, would automatically be kicked back to a workers’ compensation claim.  Essentially, if a claim is denied in workers’ compensation case with this decision as its reason, there has already been established such a minimal link between the employer and the cause of injury, there would then be a low likelihood of it ever becoming a viable negligence action.

This case has not opened up employers to greater risk, it has only reduced coverage for work injuries.

This case truly stands for an erosion of the law directed toward the “Personal Comfort Doctrine”.  “The courts have consistently awarded benefits to accidental injuries suffered while an employee is engaging in personal comfort activities, based on the rationale that such activities provide a benefit to the employer and are reasonably incidental to the performance of work activities”.[6]  For an injury to be compensable under this Doctrine a three-prong test was created:

Justice Bilbrey points out that most litigation occurs under the third prong.  Whether the risk is work created, neutral, or personal.  Personal risks being completely non-compensable injuries.  It is very reasonable to consider the facts of this case and say all three prongs have been satisfied, as the lower court ruled.  Even so, the greater problem is that the First DCA didn’t just reverse because the risk was a personal one therefore didn’t satisfy the third prong.  The greater problem is the First DCA went beyond the three-prong test.

Most often the District Court of Appeals is supposed to look at the arguments presented and fall on either side of those arguments.  The E/C in this case did not argue the result the First DCA found.  The First DCA addressed the “arising out of” requirement to find accidents compensable as the crux of this case and essentially narrowed its application.  The “arising out of” language in the statute is commonly litigated, and this case will serve to increase that litigation because of the further uncertainty about its meaning.  A work injury can “arise out of” work even if it is not directly performed for the job hired.  Work-related activities are compensable even when the claimant is “engaged in doing something incidental to it”.[8]

Some defense attorneys and insurance companies will use this opinion to deny claims based upon any activity that could be occurring outside of the employment as well.  This becomes very problematic as most risks within employment are also present outside of employment.  “Office workers complete paperwork at home.  Restaurant workers cook and serve food at home. Childcare workers care for children at home.”[9]  The list continues.  As well as most slip-and-fall injuries caused by either water on the floor or an object that is tripped on that can occur outside of work just as easily.  However, Justice Bilbrey points out this decision cannot reverse prior Supreme Court decisions on this issue. Thus, continued litigation will occur where litigants find conflict between this decision and any prior Florida Supreme Court ones.

Justice Makar issued a concurring dissent.  There is a continued concern for the attack on the “Personal Comfort Doctrine”.  The basis for this doctrine being personal comforts provide a refreshed employee.  The Justice correctly points out that not every personal comfort break is automatically a compensable injury.  Perhaps suggesting the existing system and doctrines were already functioning to declare injuries compensable or not.

With this particular injury of tripping over a dog, it should not be reflexively looked at as wholly personal.  There are many companies that allow service dogs and even embrace bringing pets to work.  Does this opinion suggest that if an employer allows someone to bring a pet to work and similar injury mechanism occurs; it will not be compensable?

The Supreme Court of Florida has previously warned of the erosion of the workers’ compensation system.[10]  In the Westphal decision, the majority spoke to the continued decrease in benefits to the injured worker.  Whether it be the employer’s right to select the physicians that treat the injured worker or the heightened standard of “major contributing cause” to receive continued treatment.[11]  The majority decided the entire statute was capable to surviving their decision and instead just declared a particular section unconstitutional, however, the issue of whether many sections of the statute still provide for a reasonable alternative to common law remedies was pointed out.[12]  There was even a hint that benefits to the injured worker are essentially becoming “illusory”.[13]

Justice Lewis drafted a concurring opinion that outright accused the workers’ compensation law of being beyond repair from the judiciary.  He wanted the entire system to be rewritten by the Legislature.[14]  He outlined the steady chipping away of benefits injured workers has seen since the law was passed by the voters in 1968.

This new case, however, is not a Legislative reduction of benefits, but a judicial one.  The “arising out of” language in the law has been around for decades, but now is being interpreted in a very limited way.  This is not to suggest the Legislature would ever take action to reverse the First DCA’s interpretation. But if the intent of the statute is just now being defined the judiciary, then maybe the Legislature was fine with the way it had been interpreted for all the years prior. Either way this is a reduction in benefits.  Whether perpetuated by the Legislature or judiciary, it suggests that workers are slowly losing employee protections and less accidents will be compensable.